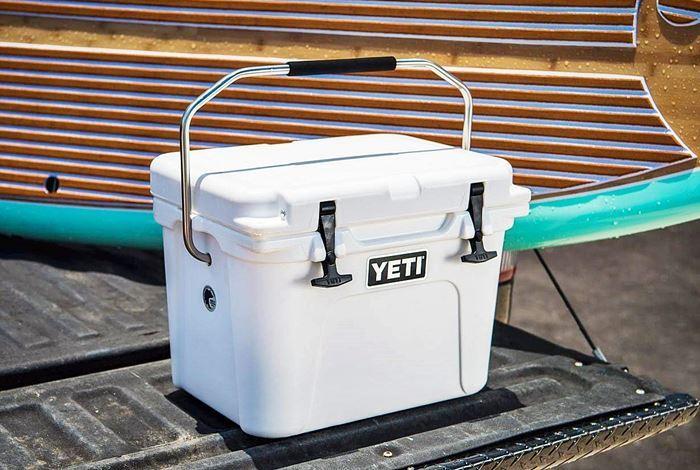 Why Are Yeti Coolers So Expensive?

When you think of camping coolers, Yeti is probably the first name that rings a bell in your mind. They are generally very effective, long lasting and resistant to the common elements of wear and tear. However, they are pretty expensive.

​Many people tend to shy away from them in favor of their cheaper counterparts. However, this ought not to be the case. By understanding why they are more expensive, you will appreciate why you just have to part with more money to afford them.

​Why Are Yeti Coolers So Expensive?

All factors considered, the Yeti coolers exude unparalleled strength when compared to their ordinary counterparts. This stems mainly from the use of Roto-molded construction techniques to make them up.

​The construction ensures that the coolers are highly resistant to strong impacts and most other common agents of deterioration. By acquiring them, you will generally spend less to care for and maintain them. This is not to mention the peace of mind you will ordinarily accrue out of their use.

Apart from being very strong, the coolers are also resistant to all forms of common damages. This is because they have been individually tested for high impacts and scratches. Even if you have small children in your household, you may count on the coolers not to disappoint you at all.

On the same note, the Yeti coolers also minimize the expenses that are used to repair and maintain them. They have 2-inch thick walls which are strong and generally resistant to any damages.

They are also designed in such a way as to minimize the inflow of ambient heat. They are insulated against this by reason of the injection of the commercial-grade foam of polyurethane in their inside.

​Apart from this, their interior also comprises a layer of hardened plastic cover to trap as much cold as possible. With these Yeti coolers, you may be sure to spend the least realistic amount of money to obtain the cold temperatures you badly need.

Part of the reason why the Yeti coolers are expensive is that the Yeti is a reputable brand. Its reputation has been great over the years a fact that has earned it the trust of many would-be users worldwide.

They are also accompanied by robust customer care and other after-sale services which jointly boost the confidence of those who might badly want to make use of them. The end result is a higher value on the whole.

Generally speaking, Yeti coolers have some amazingly unique features. Examples of these include the 5-10 day ice retention, bear proof, higher insulation levels, and almost indestructible construction. It is these features that set the coolers apart from the others.

For the above reason, the typical Yeti cooler is able to perform so much more than what an ordinary cooler with the same dimensions and features may do. They are the ones that give the would-be users the incentive to dig deeper into their pockets.

On the advertising front, Yeti is not left out either. Indeed, the company takes personal charge and initiative to promote its goods and merchandise. It pours in so much money and also runs aggressive advertising campaigns across several platforms.

Given that it spends comparatively more money on advertising than other companies, its merchandise will most likely go for more in the market. It is for this reason that the coolers are partly more expensive.

This, of course, inflates the total operational expenses. It is, however, a better approach as it guarantees you quality and reliable products at the end of the day. You spend more to purchase their goods, yes. However, you are guaranteed better outcomes in the long run.

The exterior of the Yeti coolers is adorned with an awesome and high-quality finish. The finish is durable, breathtaking and great to the touch. They are also resistant to scratches, dents and a host of other issues which generally impact the exteriors of coolers adversely.

By placing your bet on the Yeti cooler, you may be sure to spend more but obtain the benefit of longer lasting reliability to your leverage.

From time to time, Yeti improves the parts and components of its coolers to make them better. These new innovations may be retrofitted to existing coolers over and above is available in the newer versions and models.

For instance, they came up with the soft coolers, wheeled coolers, rambler cups, and bottles, duffle bags, and buckets. It is these elegant items and features that have the impact of inflating the prices of their coolers on the whole.

As you may see from the foregoing explanations, several reasons as to why the Yeti coolers are expensive to do abound. However, one thing that clearly stands out is that the higher prices are not only understandable but also justifiable.

This means you will pay more for the coolers, yes. However, you will also receive benefits which are almost unachievable elsewhere. If I were you, I would not shy away from purchasing these coolers at all!

I started this blog to provide the guideline, you towards a better and more comfortable hiking experience. I deliver more than hiking, camping and backpacking guideline.